Information on the Rio Rancho Local History Collection can be found here.

Rio Rancho homes started being built in 1962 and Rio Rancho's first residents arrived in 1963.  A lending library followed soon after.  The effort was spearheaded by Melba Palmer, Zelda Haynes, and Pat Murphy.  The ladies gathered a small collection of books via donations and gifts from the State Library in Santa Fe.  The Rio Rancho Lending Library officially opened in October 1965 at the Haynes Club House.

As the library has grown, it has occupied a number of spaces, including the Recreation Center on Grande and 19th Street, and then in a room of the new Auditorium Building which opened in 1973.  The collection grew with demand and the first meeting of the Rio Rancho Community Library Association was in November 1975. They voted to move the Library into a building of their own and leased the Youth Activities Building in Haynes Park from AMREP for one dollar per year.

During this time, the library was staffed by volunteers, including Esther Bone, Professor Emeritus in Library Administration at Kent State Library.  Esther Bone wrote a proposal and received a state grant to organize and enlarge the library.  When the city incorporated in 1981, the community library became a public library annexed by the city, and it moved into City Hall (below). 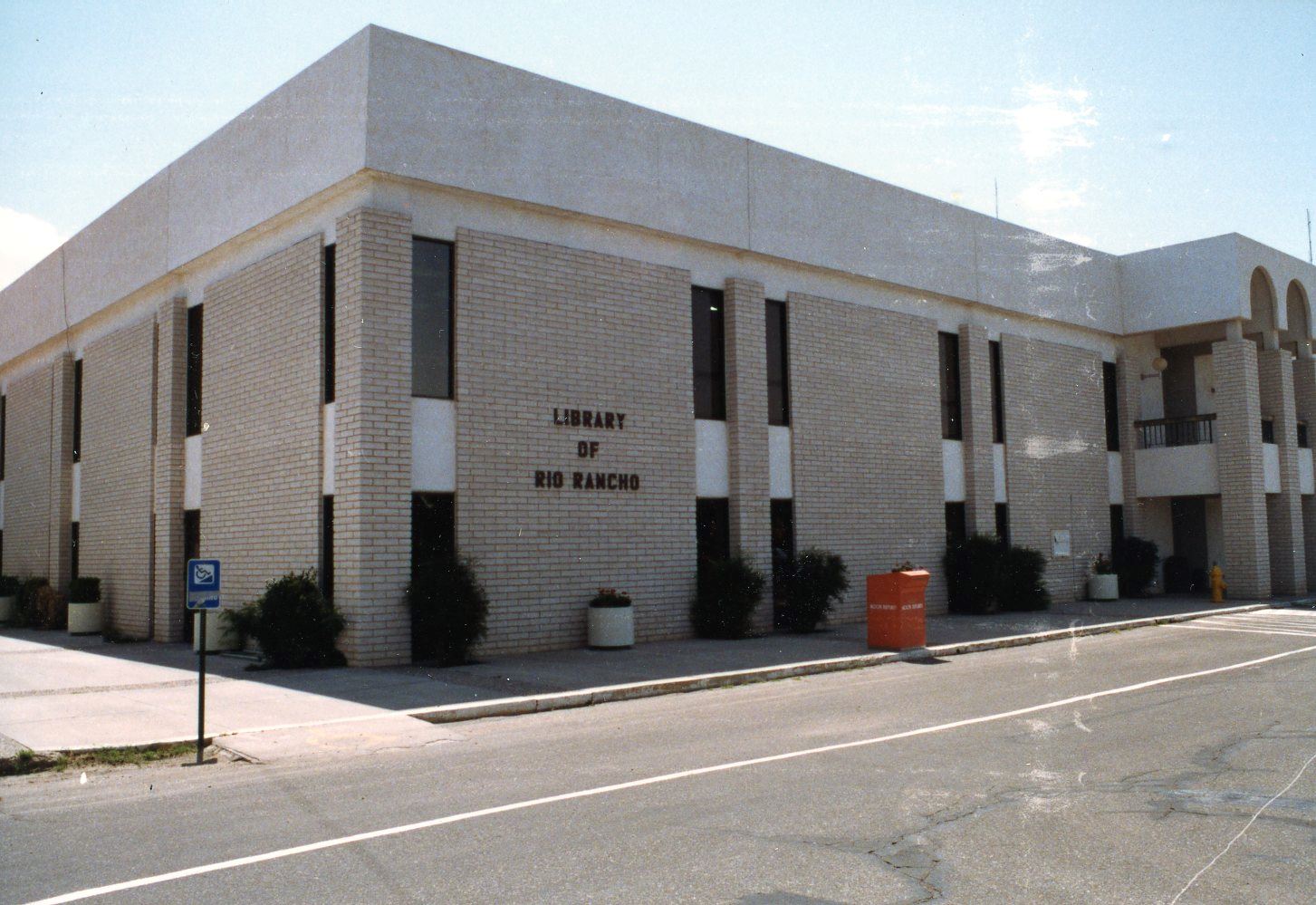 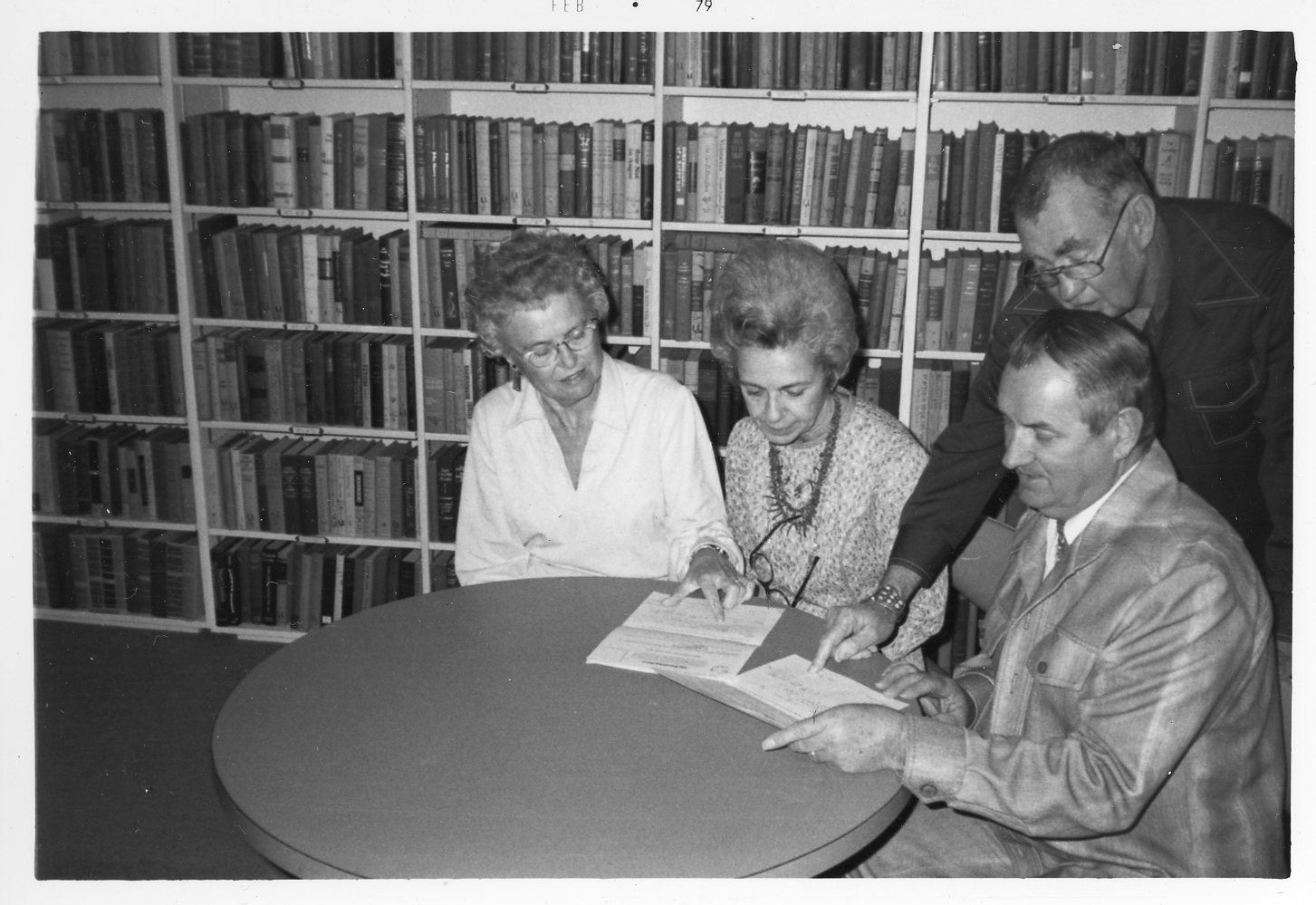 Following incorporation, the city hired Esther Bone (second from left) as its first paid librarian, and the Friends of the Library of Rio Rancho group was established as the library's nonprofit fundraising arm. Esther Bone died in 1982, and the City Council renamed the library in her honor.  Jo Hintner served as City Librarian July 1981-March 1984. Toni Beatty was Library Director from 1986 to 2008. In 1992, she oversaw the building of a new 12,250 square-foot building on Pinetree Road, just off Southern Boulevard, and the Library moved into its first independent home (ribbon cutting below). 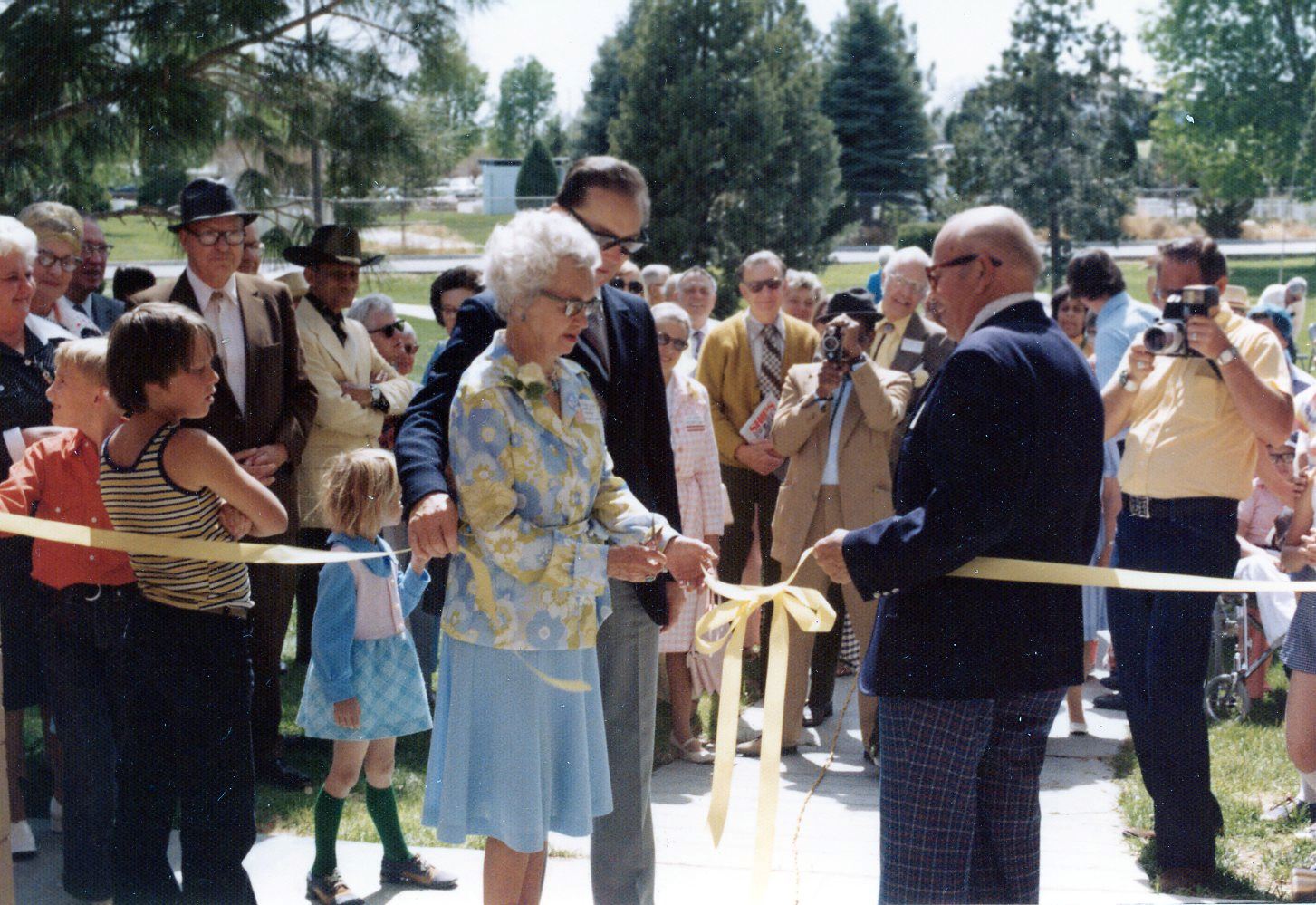 By the early 2000s, the library was rapidly outgrowing its space and demand from the growing population was straining library resources. Planning and fundraising for a new main library began under Toni Beatty's ongoing leadership. A $5.5 million construction bond referendum was passed in 2004, and with that, along with many generous private and corporate donations, the Loma Colorado Main Library was built.  The Main Library opened in December 2006. 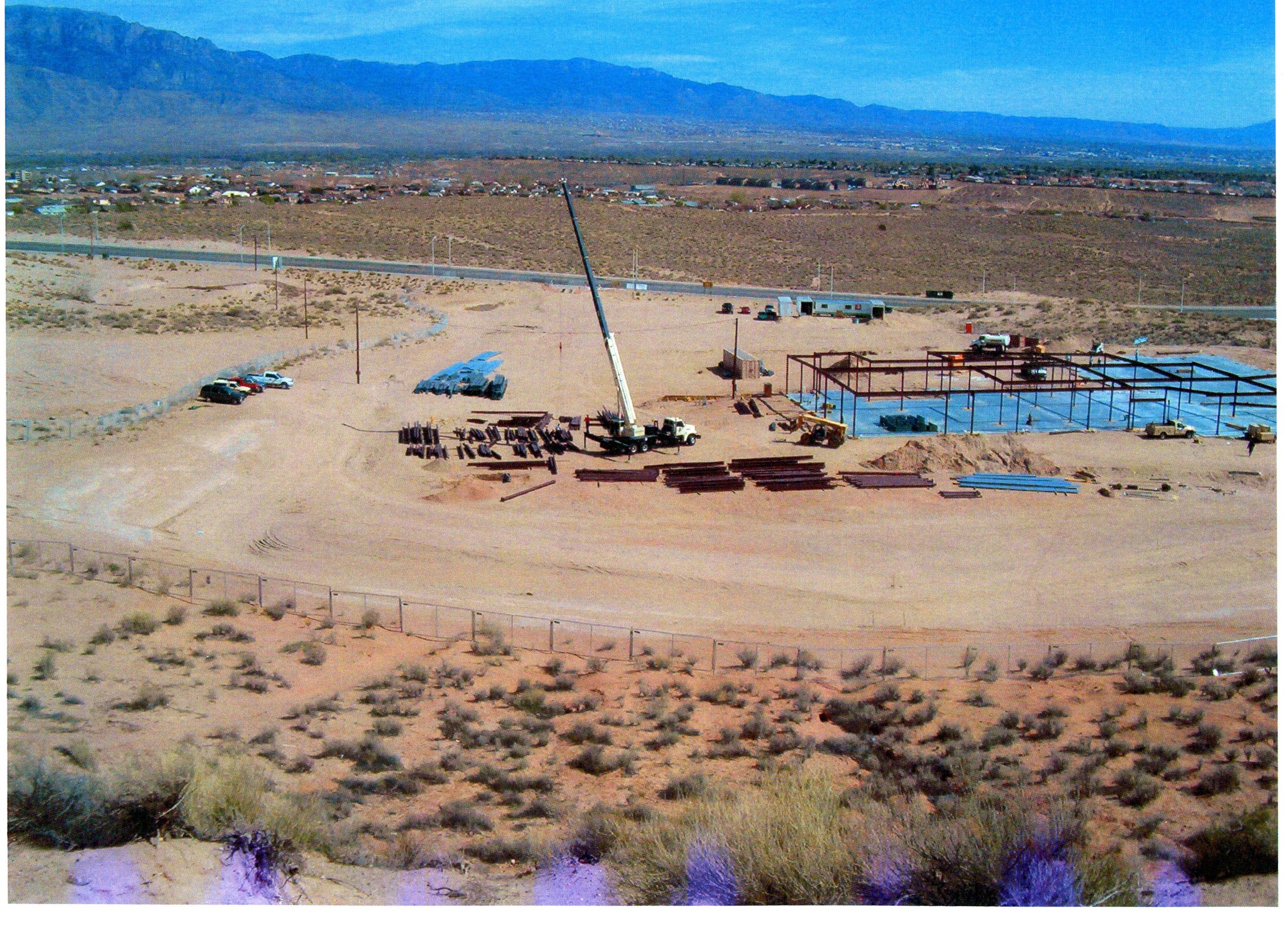 The Esther Bone Memorial Library closed in October 2006 for a complete refurbishing. It reopened in February 2008. 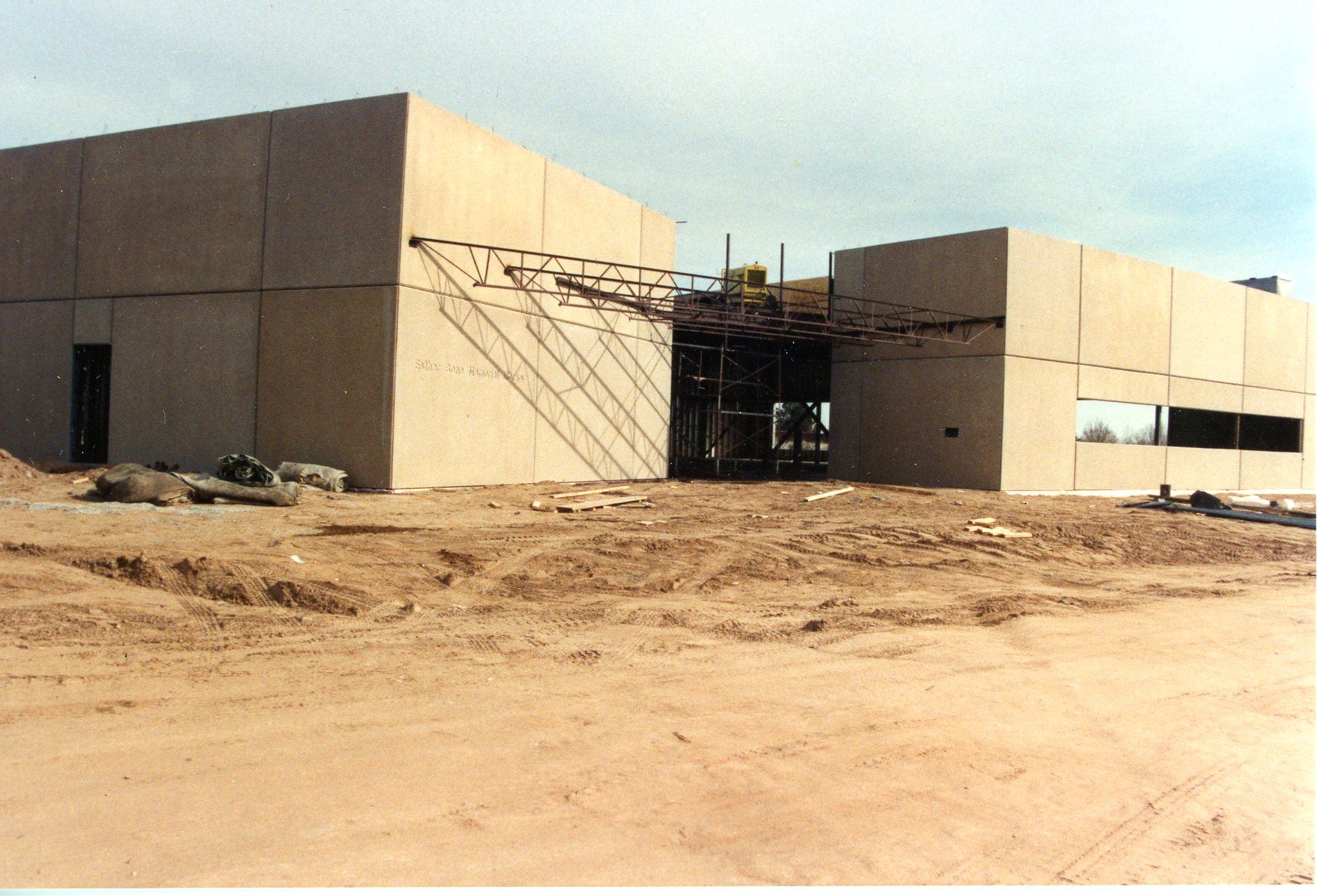 William Cicola was the Library Director from 2008 to 2013. The Library is currently under the direction of Lynette Schurdevin, 2013- present.

For more information, oral histories, articles, photographs, and ephemera about the history of the Libraries and the history of Rio Rancho, visit the Local History Collection at the Loma Colorado Main Library.